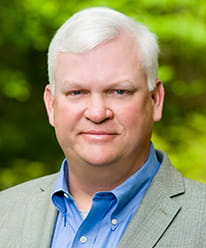 Corley, a Georgia native, is a founding partner of Lumature Wealth Partners. Prior to founding Lumature, he served as vice president for Goldman Sachs and as managing director for United Capital Financial Advisers, where he was selected to serve on the Managing Director Advisory Council. After joining Professional Planning Associates (PPA) in 2000, Corley served on PPA’s Strategic Planning and Investment committees.

Corley graduated from the University of Georgia in 1998 with an undergraduate degree in agriculture and applied economics. Upon graduation, he entered Morgan Stanley’s investment training program in the securities industry. After attending Oglethorpe University in 2005, Corley earned his Certified Financial Planner™ certification.

Corley is a former member of the Financial Planning Association of Georgia. More recently, he has volunteered his time to the Ferst Readers nonprofit, and currently serves on the board of directors for Pinewood Preparatory School, where his sons attend school. Corley is also active with the Sigma Chi Alumni Association.

Corley and his wife, Beth, a native of Summerville, South Carolina, have three active sons. In his spare time, Corley enjoys most all outdoor activities along with coaching his sons.

in the U.S., which it awards to individuals who successfully complete CFP Board’s initial and ongoing certification requirements.

Raymond James is not affiliated with the above organizations and/or charitable causes.